There are so many triggers to eczema, it is such a complicated monster. Through skin prick tests, elimination diet, control of environmental triggers, we managed to identify some culprits. But one sure fire way to get your eczema all flared up, red and angry, itchy and oozy, is to get stressed up. So does stress trigger eczema? YES IT DOES, no question about that.

Emotions of the Growing Up Years

My son, J, saw his eczema taking a turn for the worse when he was about 5 to 6 years old. It was also the time when his younger brother (about 2 to 3 years old then) was becoming more vocal and assertive, and there was quite a bit of sibling rivalry between them. All the usual snatching of toys, squabbling, wrestling, hitting, etc.

At about the same time, we switched his preschool, and his elder brother started formal education in a primary school. So for the first time in his life, he was away from the protection of his elder brother in the daytime, who had been his security blanket all along. Despite their frequent fights too, they were in fact quite close to each other.

His daily school work saw an increase, as the teachers were preparing them for primary education the following year. This created undue stress on him. Coupled with our expectations of what he should be capable of, there were more yellings and meltdowns than what we are proud of. 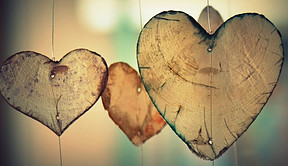 He was also becoming visibly insecure. He was constantly seeking our validation. In the random and frequent cards that he’d make for us, I saw a boy who kept needing the assurance of our love for him, despite my open display of affection for all the kids.

Of course there were many other factors at play in worsening his eczema, like environmental triggers, genetics, food intolerances, and steroid withdrawal which we would take time to slowly discover one at a time. But stress and anxiety must have been a major factor in determining the frequency and intensity of each flare up.

There is now a pang of guilt whenever I look back at those years. An inexperienced mum to an eczema warrior, I failed to make the link between his psychological state and his eczema flare ups. We were also unable to understand why he simply could not stop tearing at his own skin. So we added to his stress each time we told him to stop scratching. And it became a viscious cycle. 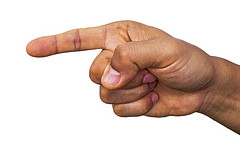 As for my daughter, M, the event that led to a drastic worsening of her eczema was actually her one year old vaccination. From then, her skin just went out of control, and life became miserable. We also identified various food and environmental allergies, but stress and emotional state is still the starkingly obvious trigger for her eczema flares, even until today.

For a toddler like M, currently 3 years old, life is still quite simple. The only thing that can make her upset, just like any toddler, is not getting her way. The moment she feels upset, she starts to itch and tear at her skin, in the midst of her tantrum.

So we do have living examples that stress and anxiety do trigger eczema.

Apart from events and incidents that increase stress level, thus triggering eczema flares, the eczema itself also creates loads of stress on the kids. The itch and pain, the self-consciousness about how their skin looks, and the lack of sleep from constant itching through the night, just to name a few. These affect their emotional states, which cause their skin to flare, which increases their stress level, and the cycle goes on.

Stress and anxiety causes the body to produce hormones to protect itself. Adrenaline and cortisol are what the body uses to keep it in fight or flight mode. Too much cortisol, especially for extended periods of time, wreaks havoc on the immune system. This in turn causes inflammation to go unchecked. Hence stress and anxiety have very detrimental effects on our bodies.

Try to reduce the anxiety

Many times, the stressors in life are difficult to remove. Jobless, broken relationships, self-esteem issues, etc. For J and M, we are also not able to reduce their stressors: not getting their way, school work, sibling rivalry, restrictive diet, etc.

But what we can do is to open our hearts to their tantrums, knowing that they are suffering at a level that we have not experienced before. Show them greater compassion and kindness, and teach and show them ways to cope with the stress and anxiety in their lives.

This is easier said than done, especially for eczema warriors. But sleep is really so important to any person’s well-being and ability to function during the day that it cannot be stressed enough. We allow each child their preferred unique bedtime routine that would calm them down and get ready for at least some hours of restful sleep. 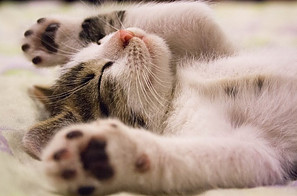 For J, it means me slowly and gently tickling his itchy areas of the skin just before he goes to bed. This seems to calm him down quite immediately, maybe it is comfort in the knowledge that there is someone who cares deeply for him, to indulge him in this nightly ritual.

For M, it simply means wearing her favourite red socks, followed by the tiniest dab of Vicks Vaporub on her back. I applied the vaporub onto her chest, back and soles of feet during one of her flus with a bad cough, and she recovered quickly. From then on, she would ask for Vaporub every night, so I would give her just the very tiniest dab.

Let it out, talk it out

For M, I would allow her to cry and shout to vent her frustrations. It usually lasts for between 5 to 10 minutes, so that is still acceptable to me. After she has calmed down, I would try to verbalise her feelings and what was upsetting her, so she felt acknowledged. With this technique, it was easy for her to move on and be open to me explaining why she couldn’t have her way.

With J, I admire his attitude in facing his eczema head on. He never questions ‘why me?’. He accepts it as a way of his life, but he constantly struggles with his restrictive diet, as it understandably causes an imbalance in his emotions. He would tell me things like,”I’d rather eat all the junk food in the world and be itchy, than to be gluten free and well.”

This can be discouraging for me to hear, but I believe he just needs to vent. I truly believe he is able to see the benefits that a clean diet has on his skin condition.

Both J and M definitely love exercise. They love to run, jump and scoot. J loves to join his dad on the treadmill in the gym, it leaves him feeling high after that. He also loves cycling. But many times, after the exercise high, the sweat gets to them, it makes the itch unbearable for them.

So we have learnt to manage this. If there is nowhere that they can get a bath after exercising, then we bring hand towels for them, so they can wet the towels and wipe off the sweat afterward.

I have taught J about the techniques of deep breathing. I see it as an effective way of managing one’s anger and stress, but so far I haven’t seen him use it. Still hoping that as he grows older, he learns to practise it more.

Find what speaks to you, learn it, and practise it. I also believe in yoga and meditation as ways to destress. 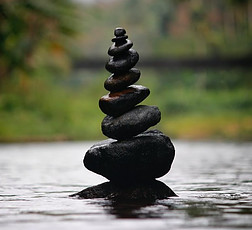 For any adult experiencing stress-triggered eczema, I would strongly suggest you join some support group. You can easily find them on social media like Facebook. Surrounding yourself with people who are going through the same symptoms will make you feel understood. They are also an invaluable source of advice and resource.

‘Zen’ your way to eczema-free life

Our emotional state affects the hormones our body produces, which in turn affects how we function in life, and our health and well-being. Having great emotional strength and awareness allows us to manage the stress and anxiety in our lives, which leads to all-round better health. So take care of yourself, not just physically but emotionally as well, and you will be on the road to healing your eczema.

8 thoughts on “Does Stress Trigger Eczema?”