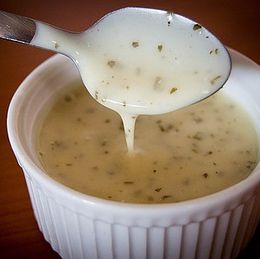 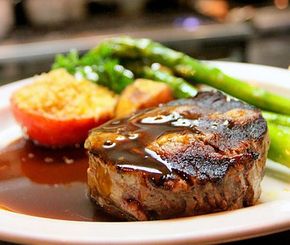 A person on a regular modern diet is exposed to emulsifiers every single day. Sauces. Dressings. Baked goods. Ice cream. Chocolate. Processed meat. In fact, so many people are subject to the side effects of emulsifiers without ever realising it. In this part of the series of Allergies to Food Additives, we take a closer look at emulsifiers and thickeners in food, to see what kind of damage they do to our health.

What are emulsifiers and thickeners in food

Emulsifiers form a homogeneous mixture of otherwise two or more substances that would never mix when left alone. An example is water and oil. Even if we stir it into a somewhat uniform mixture, when left to stand after a while, they become two obviously immiscible layers.

Emulsifiers maintain consistency in texture, and prevent separation of ingredients. We are so used to consuming texturally perfect foods. Without emulsifiers, we would never enjoy many processed foods, like peanut butter, chocolate, ice cream, margarine, spreads and dips, sauces and dressings, processed meat, and baked stuff including bread and cake! Can you even imagine life without these foods?

The most common types of emulsifiers used as food additives are:

Food thickeners as additives serve to increase the viscosity of foods like soups, milk (commonly dairy free ones), sauces, jams, and some desserts like puddings. They enhance the texture without altering the taste of the foods. Without thickeners, foods would be oddly runny.

Some thickeners form a gel with the liquid to create a weakly cohesive structure. Others simply get in between the liquid molecules to make it more semi-solid, rather than with a totally runny consistency.

You would realise there are a number of common items on the emulsifiers list and thickeners list, this is because many of these substances have more than one function. When they form a homogeneous mixture of two liquids, at the same time they also thicken and stabilise the food, as the ingredients are bound together.

Side effects of emulsifiers and thickeners

Some of the additives listed above are harmless, they are actually quite naturally-occurring foods. Here I would focus on the more problematic side effects of emulsifiers and thickeners, that have potential of giving rise to health issues when consumed regularly.

The other problem would be the use of hexane in the extraction process, which is supposed to be removed in other processes further down the line. Unfortunately, nobody is governing or checking any remnant hexane in the final product. Hexane can damage our nervous system. Read more about it on msdsonline.com.

These two emulsifiers are grouped together because there had been a study on them, added to the food and water of lab mice. The beneficial bacteria in the gut of the mice were found to have reduced, and their intestinal barrier were weakened, potentially allowing pathogens and other undesirable substances to pass through and enter their bloodstream. The mice also developed mild inflammation, and symptoms of metabolic syndrome.

Carrageenan is extracted from seaweed just to serve as a thickener and emulsifier, with no nutritional value. It causes inflammation, ulcerations and even cancers of the gastrointestinal tract in lab mice. Read about the research that uncovered these effects. In the past, drug investigators even used carrageenan to cause inflammation in tissues, in order to test the anti-inflammatory properties of new drugs. It shows how pronounced the inflammatory effects of carrageenan are.

Guar gum is made from guar beans, and is usually milled down into powder form. It is full of fiber and low in calories. Guar gum absorbs a whole lot of liquid in the digestive system, expands and curbs appetite, so some weight loss companies use it in their meal replacement products. But in people with a sensitive digestive system, like many eczema warriors, it can create problems, and even worsen any leaky gut condition. Allergic responses to guar gum include itching, asthma, diarrhea, and difficulty breathing. More information about guar gum can be found on draxe.com.

Xanthan gum is derived from a sticky layer of coating that forms around a specific kind of bacteria, as it ferments the sugars from corn, soy or wheat. Xanthan gum upsets the stomachs of some people, causing gas, bloating and diarrhea. Apart from this minor irritation to more sensitive people, xanthan gum is actually quite harmless as a food additive. Read more about it on bobsredmill.com.

Locust bean gum is made from the seeds of the carob tree. It can trigger allergic reactions in some people, just like guar gum. And if you already have digestive issues, do try to avoid this, as it tends to slow down the movement of food through the stomach to small intestines. You can read up more about locust bean gum on sciencedirect.com.

So we have seen that the common issue with emulsifiers is their tendency to trigger an allergic response in sensitive people, and also worsen an already weakened gut, which is a very common root cause of eczema and chronic inflammation.

If you really have to use emulsifiers or thickeners, go as natural as possible.

That is the important role that egg yolk plays in making mayonnaise. Unfortunately, as it is animal-based, it would not be aligned with the vegan diet, or any other plant-based diets. The other main limitation of using egg yolk as an emulsifier has to do with its heat stability, that is why its application is mainly in baked goods.

There is research underway to study many more natural emulsifiers, like biosurfactants, phospholipids, biopolymers, and colloidal particles. Until their efficacy can be determined, maybe it is better for our health to just stick to natural, unprocessed foods.

Allergies to food additives: is it worth it?

Generally, food additives serve to preserve foods to prolong their shelf lives, enhance the taste so it appeals to your taste buds, give it a vibrant and interesting colour, and of course thicken food and keep it in emulsion state. But the allergies to food additives triggered in many people with eczema, makes me question whether or not it is worth it.

If we think about it, it becomes quite clear that food additives are not a necessity, but food manufacturers’ efforts to create the perfect food, great in taste, texture and appearance, and can last a long time on the shelf. This gives the consumer the perfect experience, so that they go back for more. At the end of the day, it’s all about profit.

For you and me, our primary concern is health. Our own health, and our family’s health.

We are what we eat. The additives in each and every package of food is definitely in too small a dose to have any drastic effects on us. But for a person who eats mostly processed foods throughout the day, it can amount to quite a significant bit. Ham, bread, jam, salad dressing, the muffin or cake for snack, the potato chips at night, and of course that ice cream. ALL these are processed foods, with additives included.

It is no wonder that so many people have developed sensitivities and allergies, creating a perpetual state of low level inflammation that stresses out the body systems, leading to chronic diseases. Because food additives are not part of our natural diet, they are man made to serve their various purposes.

The choices you make today will affect your health and quality of life years down the road. We have discussed the side effects of emulsifiers and thickeners in this article, you can also read more about allergies to food additives like preservatives, food flavourings, and food colourings in the related articles below. It is a huge lifestyle change to move away from processed foods, but it is how we are meant to eat – natural, wholesome, unprocessed. And it is how our health will thrive.

15 thoughts on “Allergies to Food Additives – side effects of emulsifiers”