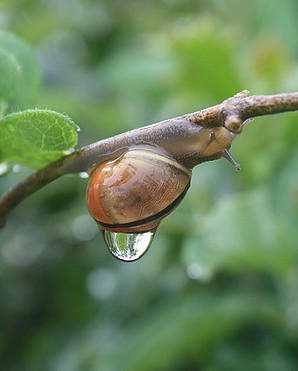 Eczema and sweat have a love-hate relationship. On one hand, sweat can be stinging for people with eczema. On the other hand, many unwanted substances get eliminated when we sweat it out. So that triggers eczema flare ups? Or does it help with eczema? We will explore this in much more detail in this article.

These are the sections that this topic has been split into:

What is in that drop of sweat

Sweating is the body’s mechanism of cooling down when the body temperature increases. As the water in the sweat evaporates, the skin and the body cools, leaving the salts behind: mainly sodium, and lower amounts of chloride and potassium.

Try licking the sweat off your arm if you have not tasted your own sweat before (erm, but try not to let anybody see you do it), and you’d be able to taste the sodium.

The sweat glands that excrete this watery mix are called eccrine sweat glands. They cover most of our body, and are our natural air-conditioners.

There is a different type of sweat glands, called apocrine sweat glands. These produce a thicker plasma mixture, and are located where hair follicles concentrate, like the armpits, scalp, and the genital area. In addition to some water and the salts, the sweat produced from apocrine sweat glands also contain fatty acids and protein byproducts, like urea and ammonia.

Can toxins get flushed out through our sweat?

As to the question of whether we can detox through our sweat, most literature will debunk it as a myth that sauna and spa centres want consumers to believe. According to many sources (including National Geographic), sweat contains only trace amounts of toxins like heavy metals and BPA from plastics, too small an amount to claim that sweat can help us detox.

Personally, I was not convinced it was a myth, because of what my two eczema warriors had gone through. I will explain this in detail in the following section. So I searched and probed deeper, and found the answer in this paper that summarises the findings from 22 studies about the levels of these four toxic metals in sweat: arsenic, cadmium, lead and mercury.

So the thing is, you don’t just grab anyone off the street and sample his sweat! Then chances are, you wouldn’t find much toxins in there, as the person is generally healthy. The 22 studies summarised in the paper purposefully sampled workers with high levels of toxic exposure, or people with chronic illnesses, or patients with known metal toxicity.

And for eczema warriors, as I have explained in more than a few posts (including this one), the elimination organs like liver and kidneys tend to be already sluggish and overworked, so all the more the body would find other ways to eliminate the toxic overload experienced by the body. And the skin is already taking the brunt of it, that is why I totally believe that sweating gives eczema sufferers a boost in their detox.

Sweating triggers eczema flare ups, or is it the other way around?

Yes, it triggers eczema flare ups. And yes, it goes the other way as well.

My son, J, with severe eczema, has always had a weak constitution. He hardly sweat at all in the first 7 years of his life. Even with outdoor exercises like cycling and non-stop action at the playground, in a hot and humid place like ours, he hardly sweat.

According to traditional chinese medicine, this means a blockage of some energy meridian, and his health is out of balance somewhere, not in harmony.

Around after his 7th birthday, we stopped using topical steroids for his eczema after I learnt how harmful it is to anyone’s health. We prepared for his condition getting worse (for many months) before it would get better. And it was during this time of healing from topical steroid withdrawal (tsw), when the itch and nerve pain became a much bigger monster than what it already was, his sweat glands finally woke up.

Out of nowhere, J would get a strong feeling of rising heat in his whole body, his skin would feel very warm to the touch. Then he would break out in an intense whole body sweat. For no reason. It could happen even in an air-conditioned place. And he wasn’t even going through any anxiety or strong emotions. It would just happen.

To me, it is part of the healing from steroid withdrawal, as it is a common symptom among people going through tsw. And I want to believe that it is the body pushing out the toxins through the skin and the sweat, those toxins that were dumped onto my little ones when I applied the poison called steroids onto their skin, in an ignorant attempt to reduce their suffering.

My daughter, M, experiences the EXACT same thing, also while going through tsw.

Even right up till this day, these 2 eczema warriors get their hot flashes, as recovery from tsw is a long process. But it does get better over time, the frequency and intensity of the hot flashes and sweating for no apparent reason have reduced drastically compared to the early days, when M would scream in discomfort and bewilderment when it occurred.

I almost forgot to mention, an itching frenzy would always accompany the hot flashes and intense sweating. If it’s just me with the kids, I would allow them to scratch, while watching over to make sure they don’t tear themselves apart. Because I believe the action of scratching helps the skin in its job of pushing the toxins out. 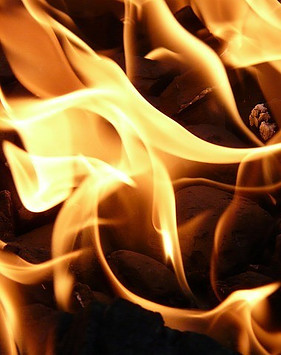 Now that J has come a long way in his healing, he does sweat from the hot weather, and from exercising, like any healthy person should. Which is a great thing! The not so great thing is, this sweat stings his skin, then itches it, and he would start scratching. Even after the sweat has dried up, the itching does not stop.

The same goes for M. When she sweats from the hot weather, she gets irritable from the itch that it causes her skin.

So to us, it is quite obvious that sweat does irritate the skin when you have eczema. This is because the skin barrier is compromised in eczema warriors. So the sweat discharged from sweat glands and ducts would end up on the semi-permeable skin, which is in a weakened state in people with eczema.

Exercise to sweat it out when you have eczema

Although sweat does irritate eczema skin, it is only a temporary discomfort, that can be managed using the strategies listed in the next section. The benefits we can get from exercise far outweigh this discomfort, though it can get distressing at that point in time. So before you head out for your exercise, be prepared with the stuff you need to cope with the stinging sweat and the subsequent itch that you know would follow.

Strategies to cope with eczema and sweat

Knowing that eczema and sweat are not the best of friends, here are our various ways of dealing with it:

When J comes home from school in the afternoon, all sweaty and itchy, I would make him take a cool shower after his lunch. It makes a world of a difference to the rest of the day: with the sweat and the itch gone, we would enjoy a calm and meaningful afternoon, working on assignments or just playing games, doing what kids do.

There are times when his skin is bad, he would refuse to take a shower because even water stings him badly. Then he would itch for the rest of the afternoon, all cranky, agitated and explosive.

Being in an air-conditioned place helps to bring down the body temperature and calm things down a bit, but even after the sweat dries up, the itch may still be there, though to a lesser extent.

One thing to note is that spending too much time in air-conditioning tends to dry out the skin, which is bad for eczema. So you’ve got to strike a balance on this.

Applying ice on the skin works great for us too. If we’re at home, I’d wet a handkerchief, wring it out, and place 2 to 3 ice cubes into it, grab all the edges together so the ice cubes are held within. Then apply onto the skin. The cold numbs out the itch and closes the skin pores so that the sweat does not irritate it as much.

If you’re going somewhere away from home for your exercise, then it’s good to freeze some ice packs (you could get those gel type if you prefer) the night before, and carry them with you the following day in a thermal bag. It would provide immense relief.

Sweat triggers eczema flare ups, but sweat is a necessary ‘evil’ to eczema warriors. Do not fear sweat, but embrace it as you equip yourself with whatever you need to cope with the discomfort that sweating gives you. Do drop a comment below to share your own experiences with sweating, as well as any other strategies you have to handle it.

2 thoughts on “Sweat Triggers Eczema Flare Ups, or Not?”