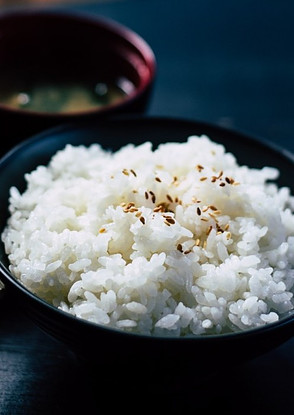 I always thought whole grains are one of the best things anyone could ever eat, until I chanced upon the grain free diet benefits. Further research convinced me about why are grains bad, especially for some people with eczema. It may seem daunting to eat grain free diet, especially since grain is such an important staple in so many cultures across the world. But for my son with eczema, the relief it brought has been immense.

I grew up on white rice when much younger. During the teenage years, my Mum switched the family’s staple to brown rice, reiterating its benefits so it got drummed into my head. And when I started my own family, I naturally turned to brown rice, wanting the best for the kids. However, as I read up extensively in trying to heal my two eczema warriors, I came across stories of people who healed their eczema based on grain free diet benefits. That prompted me to dig deeper.

These we all know. Nutritious and full of B vitamins and minerals (iron, magnesium and selenium), whole grains are also a great source of fiber in our diet, as well as some phytochemicals that are still being studied. They reduce the risks of chronic diseases like heart disease, and promote healthy bowel movement. They are such a popular staple because they give the feeling of fullness, and are digested slowly thus reducing spikes in blood sugar.

So why are grains bad

Pesticides is a concern, especially in more developed countries, grains are periodically sprayed with pesticides, to protect them from bugs and other pests. Many of these pesticides aim to affect the bugs’ neurology, so they are actually very harmful to us too. On top of applying pesticides when growing the crops, some producers apply them during handling and storage, to further protect their harvest. More information can be found on this website: www.fao.org.

Grains contain antinutrients. Examples are lectin, phytic acid, and digestive enzyme inhibitors. These hinder with the proper absorption of some nutrients in our diet, like calcium, iron, zinc, and vitamin D, which can lead to deficiencies and malnutrition. Antinutrients can be degraded or reduced through proper preparations methods, like soaking, sprouting, and fermenting. But in our hectic modern lifestyle, few people can actually afford the luxury of time to do that. More information about antinutrients can be found on www.sciencedirect.com.

Not intended by nature – this point against grains is quite controversial. Proponents of grain free diets will argue that grains are not intended to be such a big part of the human diet, until agriculture brought about the boom in grains production. And now grains actually place at the bottom of the food pyramid, taking up the bulk of the space in our stomach and affecting our health in ways unseen by our ancient ancestors. Our digestive system was never made to process such large amounts of grain.

The link with eczema

People can argue that the level of pesticides may not be high enough to have any adverse health effects. And antinutrients are in many other foods, not just grains. Seeds, nuts, legumes, and even some fruits and vegetables contain antinutrients.

Well, take this from me, the mum of kids who had to deal with eczema so severe that this condition consumed their entire lives, as they itched and scratched nonstop through the day. They were not able to play or learn for prolonged periods, months at a time, because of this debilitating condition which had robbed them of parts of their childhood.

For eczema sufferers, their bodies are crying out for help. It could be anything from food allergies to environmental triggers, from vaccine to leaky gut, from over-dependence on topical steroids to overloaded elimination organs. There is some internal turmoil going on, that has to be addressed, for the chronic inflammation to go away. Their bodies are overflowing with undesirable substances and waste materials that cannot be eliminated through the proper channels, so are trying to exit through the skin.

Read about the intricate relationship between skin and gut, as well as eczema and the immune system.

So I would do everything I need to reduce pesticides and antinutrients in their diet, and I believe these add up to a substantial amount in grains, since grains make up such a major part of our diet. When they are all healed and completely cleared of their eczema, it would be fine to reintroduce a small portion of grains back into their diet, as long as the eczema does not come right back. 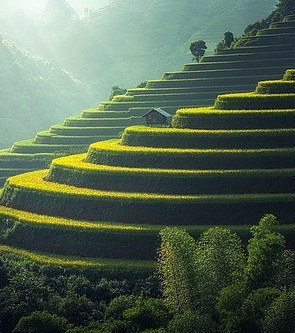 We were into the last month of my son J’s gluten free diet, which was to last for six months this time round. He was doing great. Prior to this, he was a wreck, all scratched up, frustrated with his incessant itch to the point of tears, always exhausted but just could not get a night of restful sleep. Life was a torture for him.

Going gluten free reduced his itch significantly, and saw the sparkle return to his eyes, as his energy and mood lifted. He was no longer clawing at his skin trying to get at the bone-deep itch ALL the time. His itch reduced to about 4 times a day of what we call itch fests, where he would be fervently scratching himself to bits. Each episode lasts about 15 to 20 minutes at a time. Nothing would calm him, he would be completely out of his own mind. I wrote about one of those episodes here in this link.

From about the third month onward of the gluten free diet, this went on every single day. At first, we saw it as very good progress compared to the itch that went on for 24 hours, never letting up. But as we moved on to the end of month 5 and I looked back at the plateau, I realised how stagnant it had become. If I left it status quo and didn’t try to change anything up, then things were just going to stay, his eczema would never be completely cleared.

I knew the itching episodes were in part caused by his topical steroid withdrawal, which was still taking its time to run its course. But I just had to do something about it. The grain free diet had always been at the back of my mind, as it entered my radar a few years back, when I started researching to heal their eczema.

I had been reluctant to go grain free for J, and postponed it for so long, because grains are a big big thing in his diet. It makes him full and happy. Even when on the gluten free diet, brown rice featured everyday, mostly in their raw and unprocessed form, but also in the forms of pasta, and cereal bars, which kept him going as it gave him stuff to snack on, other than fruits and carrot and celery sticks. It was his main energy source.

So I figured, if there is a best time for a grain free diet, the time is now. The gluten free diet is already so restrictive, removing one more item is not going to make it seem like the impossible task it actually is. And there is also the push to do something beyond gluten free, in order to work on his 4 itch fests a day.

I took the plunge, and went through discussions and negotiations with J, to persuade him on board a grain free diet. My selling point: we’d do it concurrently with the 6th month of his ongoing gluten free diet, and this grain free diet would last only that one month. So it did not feel like I was extending his ‘life sentence’.

He already saw how much his eczema had improved on the gluten free diet, so he trusted me and was open to my suggestion. He lamented at the loss of his brown rice cereal snacks, and other gluten free snacks like this made of sorghum. So we worked on it and came up with a solution that everyone is happy with: I’d make him my homemade single ingredient banana ice cream every single day that he is on the grain free diet.

It definitely meant more work for me. But I’m happy to do it if it keeps him on track and we get to try the grain free diet to see if it works for him or not.

After sleeping on it for a few days, along with some clarification of his doubts, and some encouragement, J finally agreed to try out the grain free diet for a month.

The outcome of our grain free diet

At the end of it, we are all smiles. Within a week of the grain free diet, his itch calmed down dramatically. His 4 itch fests reduced to just once a day, in the evening, when he used to get it the worst.

At the start as his body was getting used to going without grains as his main energy source, he complained of being tired frequently. I was a bit worried, but knew that it was to be expected, since grains was such a big part of his diet. We pressed on, and as he slowly adapted, his energy level came back within the second week.

J experienced the grain free diet benefits so strongly that he never kept track of the ending date. So we continued past the one month that was originally agreed upon, and in fact we changed things up further, which I will write about in a separate post after we are done with it. Separately, I will also write about how exactly we are doing the grain free diet – the foods he takes, how his meals in a typical day look like, what to watch out for, and so on.