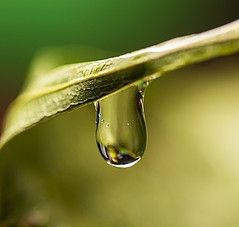 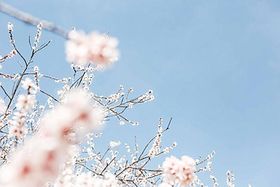 This must be one of the best things that have happened to my eczema warriors – to have found a knowledgeable and reputable practitioner, who sits side by side with us on this roller coaster ride called eczema. The homeopathic remedy for eczema she prescribed to each of them worked for their individual body constitution, circumstances, psychological states, etc. and we saw the magic slowly but surely unfolding before our eyes.

My daughter M was prescribed thuja to help her detox from vaccine-induced eczema. My son J was advised to go on a gluten free diet, and prescribed homeopathic remedies that are calming for him, to help him cope with his intense itch that ravaged his entire body from head to toe.

What is homeopathy, and how does it work

Homeopathy is an alternative form of treatment, that has its roots in the 1800s. The underlying principle of homeopathic treatment is ‘like cures like’. Whatever is harmful to a person and causing him the diseases and ailments is exactly what will heal him when taken in minuscule amounts.

For example, coffee keeps you awake and sometimes makes you agitated. So it is used as a homeopathic remedy for sleeplessness and agitation.

Besides looking at the obvious symptoms of an illness, homeopathic practitioners also look at a person’s overall constitution, medical history, emotional well-being, mental state, character, etc. and base on a holistic approach to prescribe the remedies, usually in pill form or powder form.

Substances found naturally, from plants, animals, and minerals, are specially prepared by diluting them many times. It is usually mixed in water or alcohol, and vigorously shaken. This is believed to transfer the healing essence of the substance into the water.

At times, it is so highly diluted that molecules of the original substance is no longer detected, but the water retains the memory and healing essence of it. Homeopathy holds to the idea that the more diluted a substance, the more potent it is in triggering the body’s own healing mechanism.

To find out more about homeopathy, you may want to check out these websites: homeopathy-soh.org and www.webmd.com. For more information on homeopathic constitution, visit this website: homeopathicconstitution.com.

Homeopathic remedy for eczema – our experience

Given the non-conventional approach, it is no wonder many people are skeptical of homeopathy. I’m not sure why and how, but deep down in my gut, I believed (and still do) a homeopathic remedy for eczema would work for my two kids. Though I knew people around me would question my frame of mind, I trusted the mother’s instinct in me, and went ahead.

The first appointments were long – 2 hours each, for M and J, on separate days. The homeopath interviewed me at length, to understand each child’s entire life, from conception, pregnancy and birth, to their health issues, character, habits, routines, social and emotional well-being, relationships in the family, etc. It was like condensing their life stories into one hour or so.

She also spent time talking to and interacting with each child, to see for herself the type of personalities they are. Then she examined their skin and eczema wounds and scars.

Finally she reached a conclusion about the child’s homeopathic constitutional type, and prescribed constitutional remedies, as well as remedies that are specific to their current needs, like calming the itch, detoxing from vaccines, etc.

Detox from vaccine for M

By talking through M’s life events during the first appointment with the homeopath, I came to a shocking realisation that her eczema flare happened two days after her 1 year old vaccination! And I actually was so dense as to never made the link! I always thought she was reacting to eggs, as we introduced eggs into her diet at about the same time. But even after removing eggs subsequently, her eczema flare never went away. It continued for an entire year, right until that day at the homeopath’s office.

That flare robbed one year of her life, her childhood. The itch from within was so intense and persistent that her waking and sleeping hours were consumed by it. She scratched even in her sleep, and I never had one restful night. Her waking hours were spent fussing, crying, clawing at her skin, dealing with the pain and infections that followed.

The homeopathic remedy prescribed for her was thuja. It is commonly used in homeopathy to detox from vaccines. One single dose. That was enough to change her life.

The effect wasn’t immediate, because at the same time, she was undergoing topical steroid withdrawal (tsw). That was the darkest period of her healing journey, as things had to get worse before they could get better, as her body adjusted to not depending on steroids anymore. Whatever benefits from homeopathic thuja were masked by tsw causing upheavals on her skin, adrenals, immune system, etc. 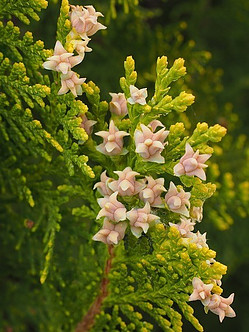 After 8 months, her skin finally cleared as the hurricane of tsw went away and things started to calm down. After that single dose of thuja, she was given monthly prescription of itch calming pills, and constitutional remedy in powder form to mix with water in a prescribed dilution rate.

These helped her healing along, and it was a gradual upward progress. We tried not to compare day to day, as it wasn’t obvious to see progress in the short term. There will always be good days and bad, it was easy to get disheartened by these ups and downs.

Instead, we reminded ourselves to look back at months ago, like 6 months ago, then the progress made became very apparent and encouraging that we were on the right track.

Coping with itching for J

Our homeopath ascertained that diet was key, for J, since we had done a 3-month gluten free diet for him before, and it worked. What set us back at that time was his emotional state, as the temptation of junk and other foods that contained gluten were too great. Being on such a restrictive diet made him feel a loss of control over his life, so he turned to obsessing over stationery. It was really between the devil and the deep blue sea. So we stopped the diet after 3 months.

From that first visit onward, the homeopath worked with us to get J mentally ready for a 6-month gluten free diet, offering him lots of coping tips and encouragement. In the meantime, she prescribed constitutional pills, as well as calming remedies for J to cope with his intense itching episodes, that would occur multiple times a day. They were so bad that he would sob from the agony of it all. I believe it was also tsw at play for J.

This time round, the 6-month gluten free diet has been a much greater success, as it is done respectfully, at J’s own pace, when he felt he was ready for it, unlike the top-down approach previously. His healing has also been brought to a level that we would never have dreamt of just a year ago. Again, there are good days and bad, it only does us good to look back at months ago, instead of dwelling on why today is so much more itchy than yesterday.

Homeopathy works for us

Homeopathy has been an eye-opener for me. The holistic approach which includes looking into habits, routines, lifestyle, diet, exercise, interpersonal relationships, and even emotional baggage, has affirmed my trust in this alternative and natural medicine.

We have been fortunate to encounter a homeopath who hit the bull’s eye on the causes and triggers of eczema for my two kids. And those are major causes for them, so we do see excellent results from her homeopathic remedy for eczema. That is not to say life is a bed of roses now, as there are numerous triggers to their eczema, including stress and dust mites, both of which will never disappear completely from their lives. But I can happily say that right now, they are enjoying their lives as all kids should.

14 thoughts on “Homeopathic Remedy for Eczema – it works!”