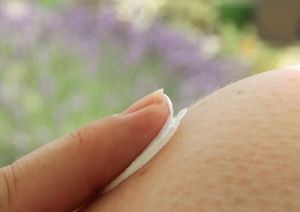 We were like many other parents at the start of our eczema journey, looking for a quick fix, to take the rashes away, and make the itch disappear for our children. Fast forward 3 years, now our stand is very firm: we say NO to steroid for eczema, whether it’s topical or oral, it’s N-O, no. Unless put in a life-threatening situation in which steroid is required for survival, otherwise we have seen enough of this poison to last a lifetime.

What is a steroid

Steroid is the short form of corticosteroid. It is a manmade drug to mimic cortisol, which is a naturally-occuring hormone produced by our adrenal glands. The functions of cortisol are many, including regulating metabolism and our immune response, acting as an anti-inflammatory agent, helping our bodies deal with stress, and controlling salt and water balance.

So when we introduce a synthetic drug that so closely resembles an important hormone, it interferes with our bodies’ functioning at a core level. Our bodies are not made to be meddled with like that, at such a basic functional level. Challenge nature and be prepared to bear the consequences – an upheaval of our bodily functions that can get out of hand quite alarmingly.

The purpose of using topical steroid on eczema is to supporess inflammation. Rashes? Itch? Broken skin from scratching? Treat the symptoms. And if it goes away, pop a champagne to celebrate, pride yourself for having the wits to use steroid, recommend your dermatologist to all your friends, and everyone lives happily ever after.

It is something that we are all used to. We do not like to see children in pain or in distress. As the grownups in their lives, we are supposed to protect them. So with any abnormality that starts appearing on their skin, we jump up to fix it.

We did not stop to think about what was causing the rashes and itching in the first place. Or maybe we did but attributed it to events that affected the skin directly, from the outside, more superficially. Like the construction work near our house, dustmites in school, frequency of changing bedsheets, harsh laundry detergent, etc.

So we did try to improve on a few things here and there, but there was no definitive answer. That was another major obstacle to eczema. It was so difficult to ascertain whether the condition was improved or made worse by something that we did or not. That was a big frustration. But the easiest way out was still steroid…

Steroid has worked before? Then steroid will work again. We kept going back to the same solution that had worked for us. Even when the problem kept coming back, we applied steroid without thinking twice.

Side effects of topical steroid

Oh but we were mindful of the side effects of topical steroid. We had done our fair bit of research, and we knew the harm that steroid can cause. Or so we thought.

If you read up on medical articles, on websites, and even from the mouths of doctors themselves, prolonged usage of steroid or using too high a potency can lead to thinning of skin. Hmmm… thinning of skin. Doesn’t sound all that bad, sounds like something I can live with. But since everyone is warning against it, we shall just apply a very very thin layer each time we use it.

And the duration of use was always very short, within 2-3 days of 2 applications each day, the itch and rashes would disappear. So into the cupboard would go the tube of steroid, until the next episode of rashes.

Skin specialists that we saw also told us that eczema is a chronic condition, and it is in the genes. My children can never be cured of it, we just have to manage it for the rest of their lives, with steroid and moisturiser.

Something didn’t feel right about this. But I didn’t really let it bother me at that time.

Less than a year into the light, intermittent usage of steroid, the rashes had spread to the entire body of both my son, J, and daughter, M. On their arms and legs, neck, chest and back. It was just everywhere. The itch was getting worse, and they seemed to be in a continuous flare, an inflamed condition that was persistent and taking away the joy in their lives. 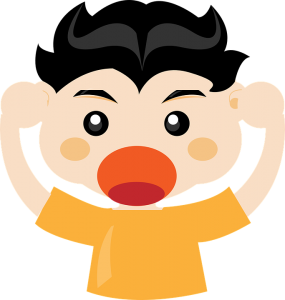 It came to a stage when J would scratch continuously during his waking hours. His teacher in preschool was irritated by his behaviour and lack of focus, and kept urging us to do something about his skin. People around him, including us as his parents, kept telling him to stop scratching. This stressed him out emotionally, and made him scratch even more.

M was crying and screaming in pain for most of the day, digging away at her skin to try to get at the bone-deep itch. She demanded to be carried all day, and refused to be let down on the floor or chair to play. There was no play time, there was no childhood. She was consumed by this terrible itchy monster.

I didn’t have the wisdom to step back and take stock, and question that this wasn’t regular eczema anymore. I was just fighting fire all day, strained by M’s continuous fussing and crankiness, both mentally and emotionally. I was physically exhausted from the lack of sleep as M would be practically scratching the night away.

Looking back now, I wonder how we managed to survive those hellish months and still remain intact as sane individuals and as a family.

I told myself, I couldn’t be applying steroid on their entire bodies, everywhere. It was just not right. During one of my searches for answers, I came across the International Topical Steroid Addiction Network (ITSAN). It changed the course of our lives forever. If you are reading this and have a nagging feeling that maybe steroid isn’t the answer for you afterall, do hop over to the ITSAN website, there are loads and loads of information there that can possibly help you.

So after all this time, it finally dawned on me that steroid was doing more harm than good. We started off with small and manageable issues of rashes and tiny itch. It was probably the body’s way of telling us something within was out of balance. Give me back those tiny itch and rashes anytime, I’d take them with open arms rather than the monster we grew out of steroid.

Instead of listening and finding the root of the problem, we swept it under the carpet. We covered it with steroid, which pushed the problem deeper into the core of the body. The use of steroid also created another set of problems as adding synthetic hormones into our bodies cannot be good, hormones are too fundamental to mess around with. Just like we do not mess around with the Earth’s orbit around the Sun!

So the obvious next thing to do? Stop steroid. That would solve it, wouldn’t it?

Sigh… if only it was that simple. Stopping of steroid began our withdrawal journey, when things would get worse, for a while, before it got better. How long that while would be, varies from individual to individual.

So began the classic symptoms of topical steroid withdrawal:

Writing these in words doesn’t do justice to the people suffering from tsw. You have to watch it or experience it (but I’d certainly never wish this upon anyone) to understand the intensity of it all. My two kids are blessed in that what they went through was a relatively mild version of withdrawal, though it affected them bad enough.

There are people who are bed-ridden because of tsw, and there are people on whom it left deep psychological scars. It is a debilitating condition. But it is the way to go, there’s no short cut around it. We just have to believe that time will heal, no matter how tough it gets, how hopeless it feels, we have to trust that our body knows its way, as long as we treat it with respect and give it the best chance.

And what does the medical profession make of this? I must say, they take it quite seriously… in three words: thinning of skin.

So, let’s go practise some yoga or some zen.

Not down this path again, ever

Before I end off this post, I still want to take some moments to count our blessings.

To be thankful for never having applied any topical steroid on the kids’ face, otherwise their healing would have been tougher.

To be thankful that we have never subjected them to oral steroid.

And to be thankful that we’re now out of it, on the other side.

We still go through our good days and bad, they still flare when they eat the wrong food or breath the wrong air, but these are all manageable. We have lived through tsw, we can conquer any monster, overcome any obstacle.

To all my children: treat your body the way it deserves to be treated – with utmost respect, load it with all the goodness from nature. And never ever take the steroid path again, no matter what people say.

20 thoughts on “Say No to Steroid for Eczema”