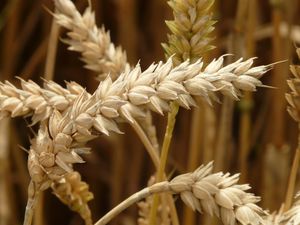 Expanding on a previous article on foods that heal eczema, a gluten free diet is one of the many things we have tried, in a bid to find the cause of the children’s eczema, and to try and improve their condition.

It all started at a gathering with extended family, when a relative suggested to me that a gluten free diet could improve J’s eczema (he was in quite a bad state then, and I was desperate), just like it did for her daughter. I went back home, did some research on the internet, and began to realise the connection between skin issues and gut (and digestive) problems. Through the research, I also came across personal stories of individuals who went on a gluten free diet for eczema, and healed beautifully with it. So I thought, it is definitely worth a try.

Gluten is a family of protein found in wheat, rye and barley. It gives an elastic texture to the food made from these grains, supporting its shape and acting as a glue that binds the food together.

Due to this sticky property of gluten, it is used widely in a good deal of processed food. The most commonly used form of gluten is wheat. It is in all kinds of confectionery like cakes, puddings, and other desserts. It is in most bread, and most forms of noodles and pasta. It is in biscuits and cookies. It is even in most seasoning, anything that contains soy sauce most likely contains gluten, as fermented wheat is frequently used to make soy sauce. Many soups and sauces served in restaurants also use wheat flour for thickening. Pizza, fried chicken, burgers, etc. etc.

Now you get it. Unless deliberate effort has been made to produce a food item that is gluten free, or it is made of just one or two ingredients that are naturally gluten free, on isolated machinery that is set aside just to process these gluten free items, otherwise we simply cannot escape from the presence of gluten in these modern days.

For example, even oats, which are naturally gluten free, cannot be labeled as so, if they share machinery with other grains that contain gluten while in the processing stage.

What is the problem with gluten?

Many people can take gluten without any issue at all. Then there are others who do not take to it so well. There are a few reasons:

We are consuming gluten in a larger amount than ever before, due to processed foods taking over the world by storm. As more people take more gluten, we are going to see more issues arising, and more cases of gluten sensitivities. Exactly why this is so, can be explored via the other factors addressed below, that makes gluten such a problem these days.

The wheat that we eat today are hybrid wheat. Not to the extent of being genetically modified yet (maybe soon), but modified enough to be substantially different from what our forefathers ate, such that new proteins actually exist now that weren’t there before. This definitely poses problems, as it is not what nature intended for us. For instance, to grow wheat extensively, even in regions where they do not grow naturally, fertilizers are added to compensate for the inadequate soil and climate conditions. This brings on a swarm of pests, weeds, etc. that necessitate the application of pesticides, insecticides, herbicides, etc. Eventually the wheat that goes into our mouth is closer to a chemical than a nutritious grain.

Other ways of modifying wheat serve to make it more soluble in water, so that it is compatible to technological applications in the food industry. This is called deamidation. It enhances the mixing of wheat effectively into all kinds of packaged food. Studies found even people who could take unmodified wheat without any problem to have severe allergic reactions after consuming deamidated wheat. Read more about it in this publication. 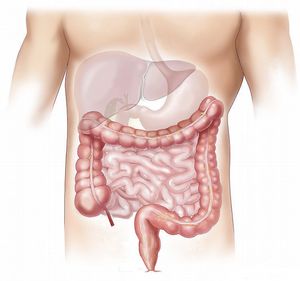 People with gluten sensitivity have their immune system attack the gluten in the intestines, at the same time it also attacks an enzyme that keeps the microvilli intact. Microvilli is the hairlike structure on the intestinal walls that increase its surface area for more efficient absorption of nutrients. Without proper functioning of the microvilli, our digestion and absorption is compromised.

Normally, our intestinal lining has tight junctions that allow only the very tiny molecules of digested substances to pass through and enter the bloodstream. In a person with sensitivity, these tight junctions come apart, allowing even large molecules to enter the bloodstream. They include toxins and partially digested substances. This creates havoc to the person’s health, and is commonly known as leaky gut.

Leaky gut can present itself on the skin: rashes, inflamed skin, etc. as there are substances circulating in the bloodstream that should not be there. Or it can present itself in many other forms, including autoimmune disorders, or affecting any organs in our bodies through chronic illnesses, and a myriad of other health conditions. Hence, it may not always be easy to make the link between your health issues and leaky gut.

Eliminating Gluten has to be 100%

When it comes to gluten, you have to eliminate it totally, 100%. Not even a trace amount, no cheating, otherwise our body reacts as though we are on a regular diet with gluten. This is the difficult part about being on a gluten free diet. You have to scrutinize the ingredients list, and be vigilant about what you put into your mouth. Otherwise, all the effort goes down the drain, and you have to start all over from Day 1.

The fortunate thing is, these days there are many gluten free choices around. Read this post for our recommended gluten free snacks.

If you know you have a gluten sensitivity, you should do a gluten free diet for at least 6 months, after which some people are able to very slowly reintroduce gluten into their lives without the reactions like before. Others choose to continue their gluten free diet for much longer, even embracing it as their new lifestyle.

If you are not sure whether you have a gluten sensitivity, removing it from your diet for at least 3 months should allow you to tell. If you feel much better on gluten free, then gluten is probably affecting your digestive system, leading to a host of other problems as well. And you would certainly be better off without it for a much longer period.

In 2016, J, then 6 years old going on to 7, embarked on a gluten free diet. If I had to describe it in one word, it is ‘TOUGH’. I set the timeline of 3 months. It was difficult because it meant home cooked food for every single meal. If that just meant waking up early to prepare the meals, it was still an easy job in comparison to the actual challenges that we faced with him.

This was a Primary one boy, just started formal schooling, just found a bit of financial freedom with his pocket money, also found lots of temptations at the school canteen. Self-conscious and not wanting to stand out among his peers, he could not handle the comments from his friends who asked why he had to pack his lunch from home, some inquired whether he was a vegetarian.

On weekends, it was difficult for him when we ate out. So we tried to minimize eating out, but it was still unavoidable, as all 4 kids needed to expend their energy outdoors. We tried to dampen the temptations for J by ordering our regular dishes at our regular eateries, nothing too fancy.

The loss of control over what he could eat took its toll, and he started to cheat. Snacks from friends who offered, snacks from our refrigerator, and so on. When I discovered, we had to start from Day 1 all over again. Printed a customized calendar, to spur him on as he could see the end point concretely. A sticker a day of gluten free diet.

He knew our expectations, but he also found the loss of control over food too much to bear. He turned to buying stationery, and obsessing about it. He would frequent the school bookshop to add fanciful stationery to his collection, and he would also exchange stationery with his classmates.

By the time we discovered his secret collection, he had already amassed quite a huge amount, almost ready to open a shop. My heart broke for him, seeing the psychological effects this gluten free diet had on him. We pressed on another few weeks, trudged on to the end of the 3-month diet, had a small celebration and called it a day.

Gluten takes some time to clear out of our system. For the first two weeks of J’s gluten free diet, we did not notice any significant improvements in his eczema. After that, the itch seemed to improve just a little bit, but I think any effects were masked by the stress and anxiety he felt from having to go through the diet. His psychological health has a heavy part to play on his skin itching, so that really didn’t help.

However, after the end of the 3-month diet, even as we slowly reintroduced gluten back into his life, his skin continued to improve. I guess he was no longer under the confines of the diet, so his mood and temperament improved drastically, along with his skin. His digestive system was also starting afresh, having been cleared of the gluten load.

His clear skin lasted for 6 months after the diet ended! It really showed us what a great effect being gluten free has on his body and skin. But the emotional toll was equally large.

Second round of gluten free diet, anyone?

The first experience with J’s gluten free diet forced a lot of life lessons on us. It allowed me to see clearly the mistakes that I made, in implementing this diet. On the other hand, it also helped me identify gluten as one big trigger for his eczema.

You would be guessing by now that this will not be the last you hear of his gluten free diet, and yes you’re right!

We are in the thick of round 2 right now, targeting for 6 months. I will blog about our progress in one of my upcoming posts.

Edit: Gluten free diet – round 2 is done! We saw drastic improvement in J’s eczema, especially in terms of his itch. Read about it here.

Thank you for reading, and do feel free to share your own experience in the comments section below.